The research team comprising Chen Xianfeng from Shanghai Jiaotong University and Li Yuanhua from Jiangxi Normal University constructed a 15-user quantum secure direct communication (QSDC) network. The network enabled the direct transmission of confidential information among the users connected by the network for the first time.

Their study titled “A 15-user quantum secure direct communication network” was published in the scientific journal Light: Science and Application.

Quantum communication is a cutting-edge information technology that promises ultra-secure transmission of data. Scientists have developed many models for such transmission, including quantum key distribution (QKD), quantum teleportation, and QSDC.

In contrast, QSDC sends secret information directly over a secure quantum channel. Any attack of QSDC results in only a random number, and cannot obtain any useful information from it, according to the researchers. 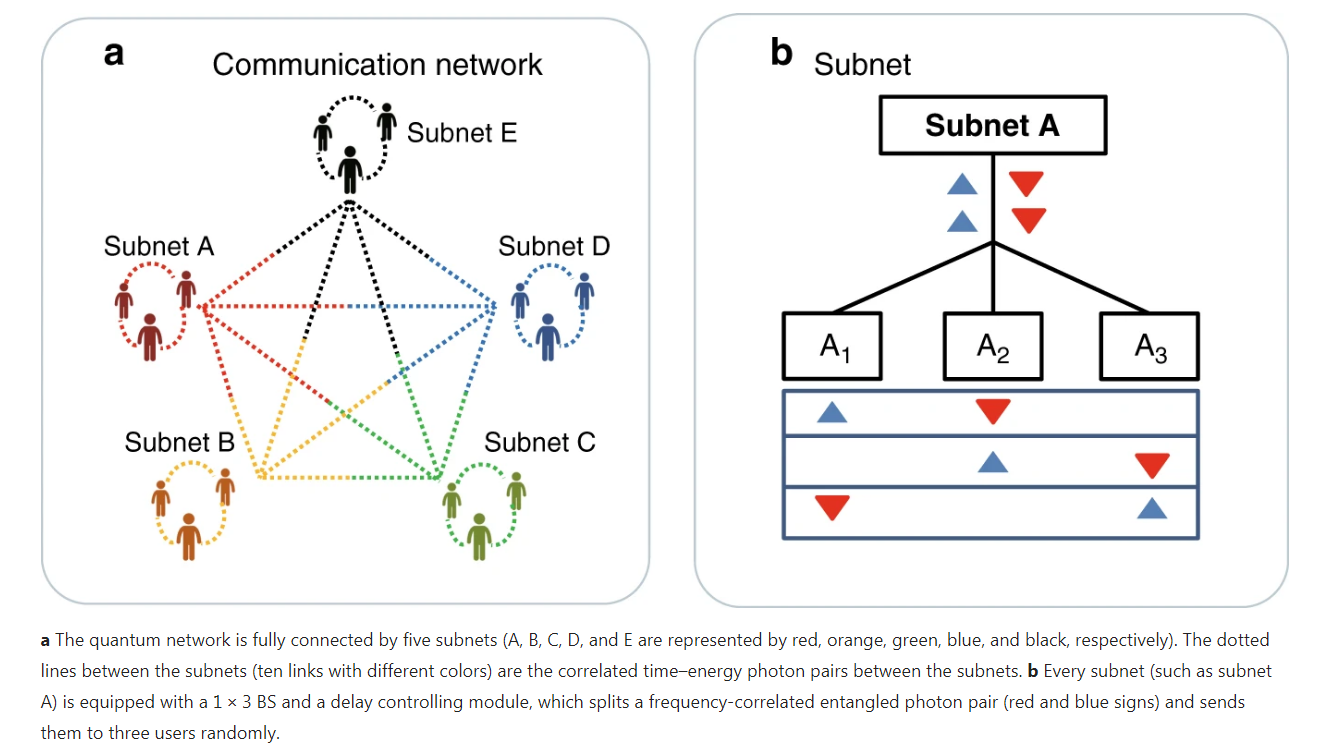 Composition of the quantum network. /Illustration from the study

In recent years, the experimental QSDC has been developed significantly. “However, the inability to simultaneously distinguish the four sets of encoded orthogonal entangled states in entanglement-based QSDC protocols limits its practical application,” researchers said. “Experimental demonstration of QSDC is badly required,” they added.

To achieve wide applications of QSDC, they constructed the fully connected entanglement-based QSDC network, including five subnets, with 15 users.

“The fidelity of the entangled state shared by any two users is higher than 97 percent,” the researchers wrote.

“The results show that when any two users are performing QSDC over 40 km of optical fiber, the fidelity of the entangled state shared by them is still over 95 percent, and the rate of information transmission can be maintained above 1 Kbp/s,” they said. “The result demonstrates the feasibility of a proposed QSDC network.”