At a time when China-U.S. relationship is at a crossroads, Chinese President Xi Jinping and U.S. President Joe Biden held a virtual meeting to discuss issues of strategic, overarching and fundamental importance shaping the bilateral ties.

Commenting on the meeting’s outcome at a briefing shortly afterwards, Chinese Vice Foreign Minister Xie Feng said the meeting was candid and constructive, and drew a clear direction for the future development of ties.

Here are some major points discussed at the meeting.

Setting aside the tensions between the two countries, Xi and Biden agreed to avoid confrontation and expressed their willingness for communication and cooperation.

In his opening remarks, Xi said that China and the U.S. need to increase communication and cooperation. He called for developing “a sound and steady China-U.S. relationship” and stressed that the two countries should respect each other, coexist in peace and pursue win-win cooperation.

The Chinese president called for holding the line of no conflict and confrontation, setting the bottom line for bilateral relations.

Biden made the point in a more direct way by proposing that the two sides should “establish some common sense guardrails” and conduct a “candid and forthright discussion” on both disagreements and issues of common interests to “ensure ties do not veer into open conflict.”

The China-U.S. relationship has been undergoing significant changes these past years, steering from the edge of “decoupling” boasted by former U.S. President Donald Trump’s administration to moving towards “recoupling” proposed by Biden’s administration.

The meeting signals that both sides hope to set a bottom line through high-level dialogue mechanisms to prevent the ties from derailing.

The consensus is coincident with what China has been calling for ­– “China, U.S. gain from cooperation, lose from confrontation.” The two sides agreed to properly handle issues of common concern through in-depth and candid discussions to avoid misunderstandings and misjudgment.

Experts said that the meeting was held at a critical time which serves as the first step toward resetting the deteriorating ties.

In his second phone talk with Biden, Xi had made it clear that China-U.S. relationship is the “question of the century” and vital to the world’s future. The point was reiterated at Tuesday’s meeting as Xi stressed that the resumption and development of China-U.S. ties is the most important event in the past half century.

The Chinese president outlined three principles and four priorities to develop the bilateral relations in the new era to prevent ties from derailing.

According to Ruan Zongze, executive vice president and senior fellow at the China Institute of International Studies, the meeting shows the world that China is guiding and shaping the bilateral relations.

The U.S. change of tone on the relationship with China also indicates that zero-sum game is a dead end, and without consultation with China, the U.S. is unable to solve the problems it presently faces, Ruan added.

Wang Dong, associate professor at the School of International Studies at Peking University, said the meeting gave a message to the U.S. that it can no longer solely define its relations with China. The bilateral relations have entered a stage in which the two sides must treat each other under the principles of mutual respect and equality.

China-U.S. relationship is not a selective but a compulsory question, Wang added. 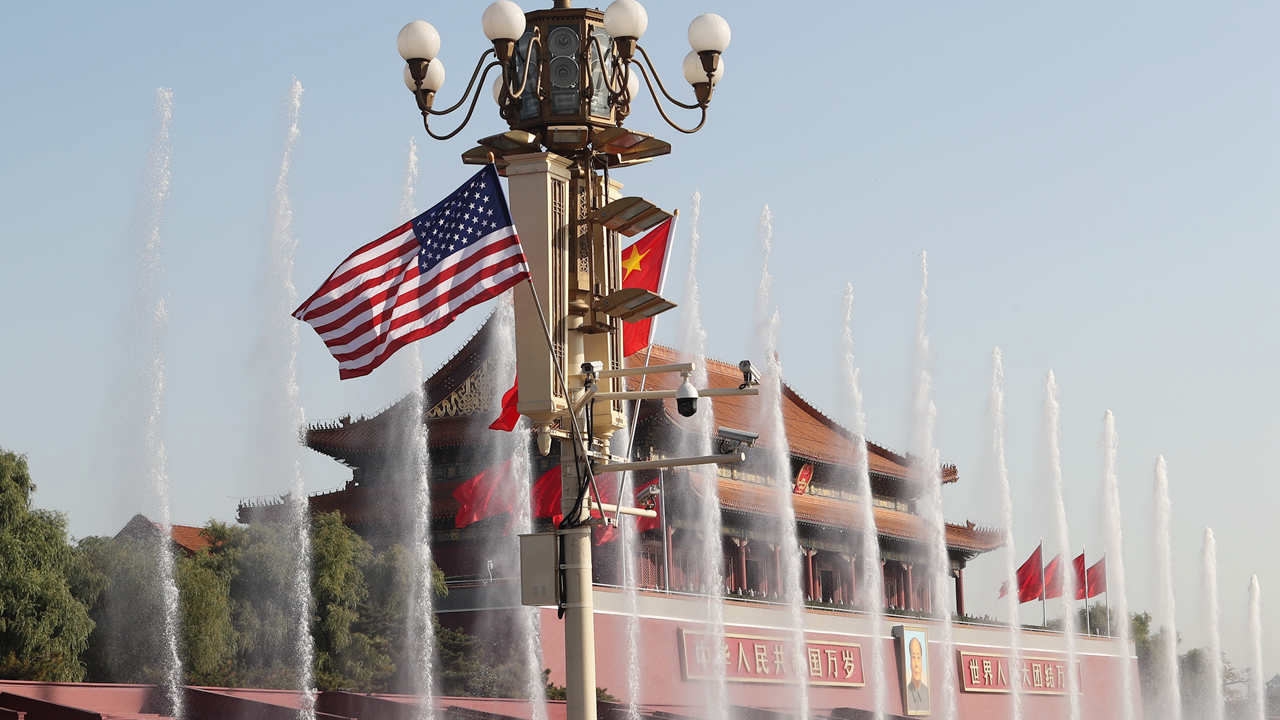 The Taiwan question has always been a source of tensions in China-U.S. ties as well as the region at large.

The issue was also brought up at the meeting during which Xi made it clear that the true status quo and the heart of the one-China principle is that “there is but one China in the world and Taiwan is part of China.”

He warned about taking “resolute measures” if the separatist forces for “Taiwan independence” make provocations or cross the red line.

Tensions in the region escalated recently due to the frequent visits by U.S. officials to China’s Taiwan. In response to the provocative moves, the Chinese Defense Ministry said on Monday that the People’s Liberation Army is on high alert and ready to take any necessary measures to counter any external interference and separatist activities.

In an interview with CGTN, Josef Gregory Mahoney, professor of politics at East China Normal University, suggested that Taiwan is regarded as a key element in Washington’s containment strategy against China. The U.S. may reiterate its commitment to the one-China principle, but it won’t abandon playing the Taiwan card easily, he noted.